Skip to content
Home » Parenting » Children » Lying May Be Good for Kids
We are parents and people who believe that trust is earned. We believe that honesty really is the best policy. We think there are others who believe as we do: that with a lot more honesty, the world could be a better place. #TheHonestyThing 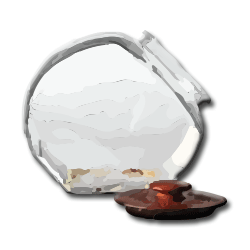 Here at The Honesty Thing, we like to be well, honest. So when I learned about some studies suggesting that children’s lying may lead them to be more successful when they are adults, I had to share. My spouse and I are parenting our children to put a high value on truth, so this study comes as a surprise.

One study indicated that very young children’s lies are actually a sign of healthy brain development. Lying is a complex activity for the brain—it involves keeping track of multiple pieces of information, using reasoning skills, and a hefty dose of imagination, all while keeping the truth in the back of the mind. It makes sense that this activity would definitely give your brain a workout!

The researchers in this study recommend not being too concerned about kids lying. They indicate that lying in childhood doesn’t necessarily lead to dishonest behavior later in life. They indicate lying is a normal part of childhood, and catching your children in a lie is a good time to teach them about honesty and the negative consequences of lying.

Now, because I have a blog entitled “The Honesty Thing”, I have many more questions than one article can answer, and I definitely don’t want to encourage my children to lie (which, by the way, I don’t think is endorsed by this study). As the parent of very imaginative children, I wonder if make-believe games also have the same brain-building effect as everyday lying may have. Do kids in the middle of a very complicated make-believe game also engage the same thinking and reasoning skills, but without the negative consequences of a lie? Or is do the higher stakes involved in lying to an adult about something the child has done wrong have any impact on the quality of the brain building? Certainly learning the consequences of lying teaches a child what lies they should tell (white lies to spare peoples’ feelings) and what lies they shouldn’t tell (a statement that may make someone unhappy or result in someone being injured), but is lying the important part or is it the make-it-up-as-you-go part that is the most important?

Maybe a researcher should study the rich make-believe lives of children. They can start with one of mine, who has become quite good at making up words only she understands, and courteously providing us with a translation. That has to take quite a lot of brain power, right?

One thought on “Lying May Be Good for Kids”