Skip to content
Home » Parenting » Children » Being Honest When Everyone is Watching
We are parents and people who believe that trust is earned. We believe that honesty really is the best policy. We think there are others who believe as we do: that with a lot more honesty, the world could be a better place. #TheHonestyThing 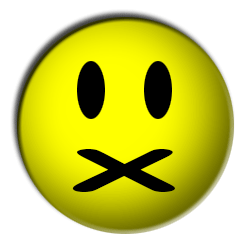 I recently came across an interesting article regarding a concept called pluralistic ignorance.

This is the concept that individual members of a group don’t believe something, but mistakenly believe everyone else in the group believes it. It can be seen in many examples of human behavior, from the mundane to the historically significant.

After seeing a news story about a group of people who witnessed a crime, have you ever wondered why no one stepped forward to try to stop it? The reason is twofold: everyone in the group thinks someone else will take action, and when they don’t, they think that everything else must think it’s OK. However, if just one person from the group does help, chances are good the rest of the group will help as well.

Pluralistic ignorance is one tool dictators use to keep their people silent and compliant. When you feel that you are the only one to feel the way you do, it’s unlikely you’ll speak up.

In a study of college binge drinking, it was found that most students believed that other students were more comfortable with the behavior than they themselves were. When students were told about the concept of pluralistic ignorance and given leave to talk about drinking amongst themselves, their alcoholic intake was reduced significantly. Once they talked honestly about their own feelings on the manner, and the dangers of assuming what the group believes, they were free to be comfortable with their own views.

It seems to me that high school students are probably the most susceptible group to this phenomenon. Every single high school student thinks that they are the only ones that feel the way they do, they feel completely alone, and yet want desperately to fit in. Perhaps the concept of pluralistic ignorance should be taught in school, along with an open discussion about things like bullying, violence, peer’s sexual expectations, relationships, academic pressures, etc.

If we all knew about our potential for violating our own ethics in the face of false assumptions, and knew that a bit of honesty was all it would take to counter that behavior, wouldn’t the world be a better place?