Skip to content
Home » Friendship » Tell the Truth in Your Stories
We are parents and people who believe that trust is earned. We believe that honesty really is the best policy. We think there are others who believe as we do: that with a lot more honesty, the world could be a better place. #TheHonestyThing 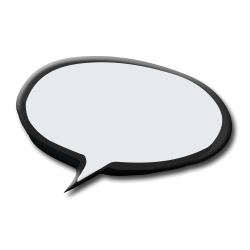 At 3 a.m. on New Year’s Day, our doorbell began to ring. Assuming it was a reveler playing tricks on the neighborhood, we didn’t think much of it. We opened the front door, to check on things, and the man who rang the doorbell was still there, trying to get into the house. He was very drunk, not dressed for the weather, and expressed that he was cold. He was told that he would soon be nice and warm in the squad car, because the police had been called. This was true. One of us was on the phone with 911 while the other was somehow finding witty things to say after being jolted out of bed to foil a home invasion.  And the man did get to warm up in the back of a police car.

One of the things we tend to do is embellish a story to make it more interesting. But if it’s a good story, you won’t need to embellish. Also, people will relate more to your story if it’s more believable, if it could happen to anybody. And then you don’t have to remember your embellishments if you end up telling this story to multiple people. I have also found that when you tell the bones of a story, people want to know more. They ask questions, they wonder what if it had happened differently? They want the bones fleshed out with details, and it becomes more interactive. I think about it from my perspective. When I’m hearing a story from a friend, I would much rather know what actually happened than to have to try and weed out the lies from the truth.

What happened that early morning could have turned out completely and tragically different. What if the man had a weapon? We have learned some lessons from the experience, and if it happens again, I doubt things would go the same way. After all, we were very lucky this man was too drunk and confused to be effective at anything he was trying to do. Telling this story to others has given me the opportunity to process my own feelings about it and to remember my good luck that things turned out ok. I hope that my audience also thinks about what they would do in this situation. Telling the story honestly, and without embellishment, still received all the gasps and rapt listeners a storyteller could ask for, plus something else: when I tell a story, people who know me know it’s the truth. They don’t have to try and figure out the lies from the reality.