Skip to content
Home » Marriage » Problems With Truth and Religion
We are parents and people who believe that trust is earned. We believe that honesty really is the best policy. We think there are others who believe as we do: that with a lot more honesty, the world could be a better place. #TheHonestyThing 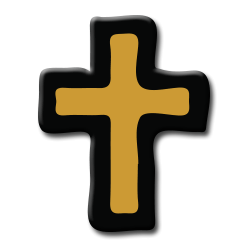 Neither my husband nor I believe in a deity. The Honesty Thing already makes our family quite different from our extended family and some of our friends, and not being Christian enlarges that gap a bit.

We have explained religion to our children on an age-appropriate basis from time to time.  They are older now and have reached an age of better understanding. Talking about Santa Claus made it easy to transition to the subject of religion. We explained that people around the world have different beliefs and some of them believe in a higher power. We explained that most of the people we know believe in a deity called God who created everything and is responsible for everything that happens. We have told them that even though we don’t believe in God, we respect the beliefs and feelings of others. We have asked them not to tell people they are wrong when they talk about it, because it’s not a question of right and wrong. It’s about respect and the freedom to believe what you believe.

When a family member died a couple of years ago, we faced one of the most difficult discussions parents have to have. We explained that now that she was dead, she was no longer in pain. Death is a natural thing that happens to every living creature. We mentioned that some people die when they are very young and some people die when they are very old, and people die at any age in between. We talked about enjoying the time you have, and being grateful every birthday that you have enjoyed one more year of life. We explained that when a person dies, they no longer think or feel—everything stops for them.  But we carry on their legacy in our memories, in the stories we tell each other about that person. And if they are related by blood, we carry that person with us in our genes, which we then pass to our children, and they pass on to their children, etc. Relatives we’ve never met live on in us.

It gets complicated when we attend the funeral and the priest or pastor talks about the afterlife. I understand that it is comforting to think that the soul of that person lives on in a beautiful and happy place. But even my religious friends become irritated when the pastor says “God needed another angel”, “it is God’s will”, and those types of things, especially when a person has died at a fairly young age. It seems like a pretty selfish act for a benevolent God to take a person away from his or her loved ones.

When it comes time for parents to acknowledge that there is indeed no Santa Claus, I wonder how many parents have to say that while there is no Santa Claus, and no Tooth Fairy, and no Easter Bunny; everything we told you about God is completely true.

It is our goal to raise kids with excellent critical thinking skills. It’s an invaluable life skill to be able to review the facts of a situation and come to their own conclusion, and then to change that thinking if new facts come to light. Kids are natural scientists. If they can hold onto their curiosity and thirst for knowledge into adulthood, I think they will be better equipped for life.