Skip to content
Home » Religion » Problems With Creationism As Science
We are parents and people who believe that trust is earned. We believe that honesty really is the best policy. We think there are others who believe as we do: that with a lot more honesty, the world could be a better place. #TheHonestyThing 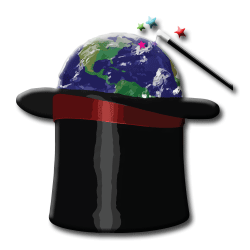 Science and social progress tend to cause friction with organized religion. And when science and religion disagree by 4.5 billion years, it’s going to be difficult to find middle ground. Creationism holds that the earth is around 6,000 years old, whereas most scientists agree that the earth is 4.5 billion years old. Interpretations of the bible vary amongst religions and individuals, with some creationists believing the earth was made by God 6,000 years ago, in 6 days, while some accommodate scientific evidence into their own beliefs. I think most Christians tend to handle the conundrum in a way that many modern families tend to handle these questions: accepting both evolution and the idea that God created the universe without worrying too much about the details.

Televangelist Pat Robertson recently made news when he expressed doubts about creationism. Since the bible is a bit unclear on the details, and the science is abundantly clear, it doesn’t make sense to me to discard centuries of scientific evidence in favor of a faith-driven estimation. I just don’t understand how this particular belief would be so important in the scheme of things. Will Christians discontinue being Christians if they have to reconsider certain beliefs? Does the whole structure come crumbling down if the timeline is different?

And truly, this one detail of Christian belief would not be as newsworthy if there were not a fight to keep this particular religious teaching out of science classrooms. In 2012, Tennessee enacted a bill allowing public school teachers to teach “alternatives” to mainstream scientific theories (opening the door wide open for who knows what kind of “alternatives” to any science). The federal government continuously strikes down these types of laws as unconstitutional, but states continue to introduce them.

Creationism is not science. Creationism is about faith, and faith cannot be proven. The scientific method is about finding answers to questions, regardless of bias (otherwise known as a hypothesis). Faith is about accepting religious teachings without question. This is why creationism and evolution cannot be considered alternatives to each other, and why creationism should not be taught to children in science class.

The debate about teaching creationism and evolution in our schools, as if they are competing theories, is about honesty. It’s time to be honest with ourselves and try and understand the true reasoning behind why we would want religious beliefs taught in public schools. If creationism is taught alongside evolution, as if it is scientific theory, then it will be more likely to be mistaken as a scientific theory.  Why are states trying to slip certain religious teachings into public school science classrooms? How are states succeeding at doing this? And what about other religions’ creation stories? How likely is it that a Tennessee school teacher will teach the kids Buddhist, Hindu, or Muslim creation stories alongside evolution?