Home » Parenting » Children » Christmas: That Magical Time of Year When We Encourage Our Children to Lie to Us
We are parents and people who believe that trust is earned. We believe that honesty really is the best policy. We think there are others who believe as we do: that with a lot more honesty, the world could be a better place. #TheHonestyThing 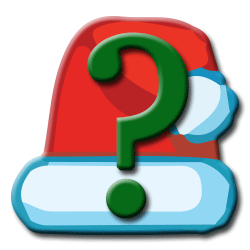 I was having lunch with some friends the other day, and we were talking about Santa Claus. One of the parents was concerned because her child was getting to the age where she was asking a lot of questions about Santa Claus: How does he visit ALL the houses in the world in one night? How does he know if I am naughty or nice? If the elves make the toys, why do the toys in the store look exactly the same? She wanted to know what to do. One of the dads replied that when his kids started asking questions, he told them that if they didn’t believe in Santa, they wouldn’t get any presents from Santa.

This seemed completely counterproductive to me. In the short term, yes, you would keep your child believing in Santa Claus, and be able to blackmail them into behaving. In the long term, you are essentially teaching your child to lie to you. After all, if they doubt Santa Claus, and ask you specific questions about it, they have reached the point that the charade should end. If you as a parent wish to artificially extend their belief in Santa Claus, you’ll have to produce some hard evidence backing up this fantastic story. If you don’t find a way to dupe them into believing a bit longer, then you are simply asking them to pretend they still believe, in exchange for material gain. After all, what child will make the decision to forego toys because they doubt this story that they really do want to believe?

And what happens, after you have extended their belief for one or two more years, when you finally do have to confess that Santa Claus doesn’t exist? Not only have you been lying to them for years, but when they straight up asked you about it, the person they should trust, you lied to them again, and made them feel guilty about doubting at all? I’m sure that every child handles that disappointment differently, but why should they have to handle it at all?